Announced by Discotek Media at Otakon! See screenshots of their twitter feed below! 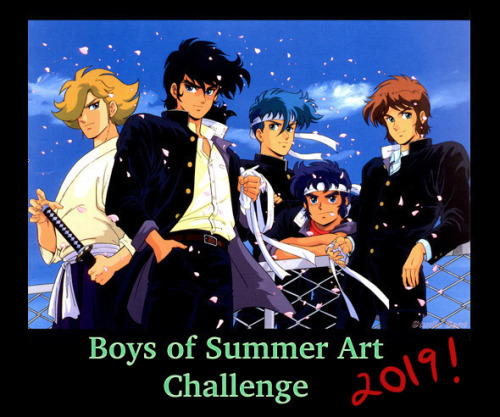 I’ll make a section for it in the discord

For those who may be new: this event is a month-long challenge to create something for our favorite series for all either 30 days of June or even just a few days of June. It’s all for fun and there’s no pressure!

Back home and resting after this year’s Sakura-Con! The whole weekend was fun, but the BEST moment out of everything I experienced was meeting Hideo Okamoto, hands down. Got his autograph, a photo op, and sat through the YST/RW 30th Anniversary panel all in one day.

Good news for those who couldn’t be at the con with me: I recorded most of the panel! Read the vid’s description for extra info. ^__^ (Video is currently unlisted- only those who get the link can view it.) Enjoy!

The sister store to the Nakano Broadway Gallery Exhibit, aka Hakaba WEST, is continuing the celebration of the 30th Anniversary with another exhibition of art and new merchandise! Goods sold at the original exhibition back in October 2018 at Nakano Broadway will make another appearance in the Osaka branch. The event runs from March 6th, 2019, to March 21st, 2019!

And check out the new merch!

Top: a new t-shirt featuring Byakuen on the front, the logo on the back, and possibly the troopers’ insignias on the left sleeve!

Middle row, right two images: an acrylic diorama/backdrop where each of the figures from the acrylic sheets could be placed (Arago and Kayura are not included).

Check out this lovely cup featuring the insignias of the troopers and masho!

On March 10th, 2019, there will also be a “special screening” of the most popular episodes, followed by a chat with Director Hamazu Mamoru and  Okamoto Hideo, Armor Designer (cover artist of the 30th Anniversary Memorial Book). The screening is a ticketed event, and participants will be gifted with an exclusive “pen light” featuring their favorite trooper or the four masho:

I’m loving that the 30th Anniversary is still being celebrated!

The new merch is not yet available online, but some of the original merchandise from the Nakano Broadway exhibit are still available here (and I’m told the site does ship to the USA if the World Shopping interface is used). 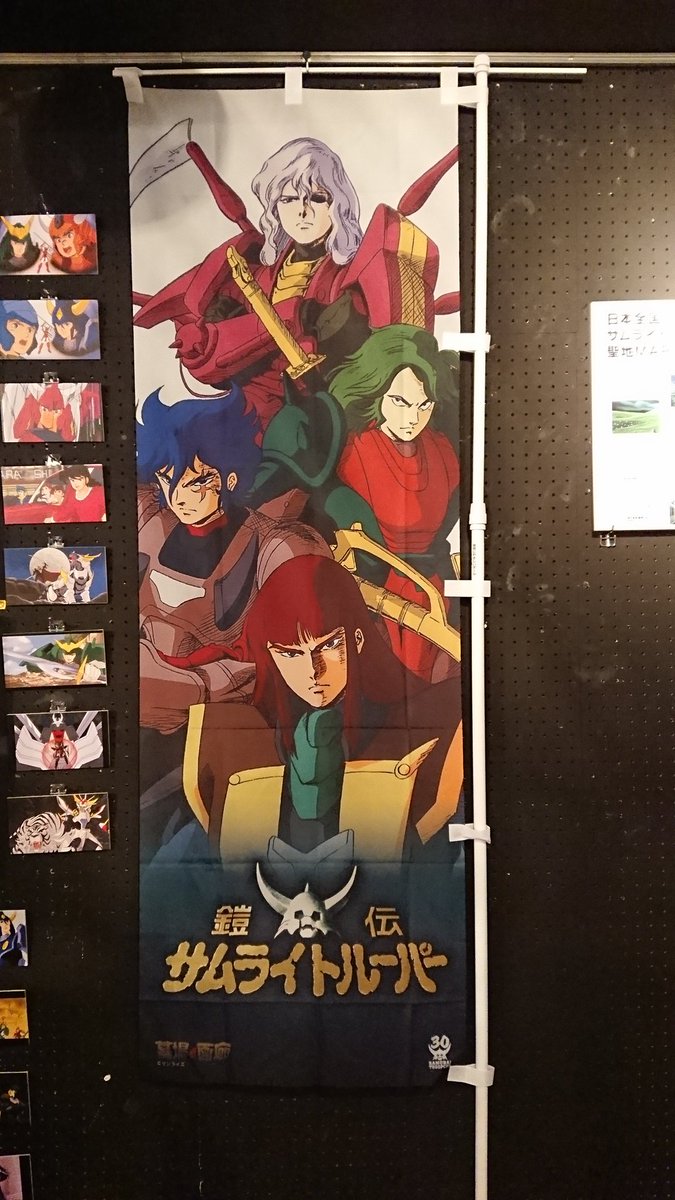 Boy, would I LOVE to get my hands on this! I bet it’s just a decorative item and not for sale though. But I can dream!

Here we go! The pop-up shop opens on October 27th! We’ve got some awesome previews of the main Animate store’s set up:

And we’re getting some previews of the blu-ray box set! Spoiler: it’s looking amazing~

But wait, there’s more: new “info” about the mystery anniversary book… What could it be? Release will be on December 18th, 2018; preorders are now open via phone call…

More more more! There’s tons of news to cover, so let’s get started with the good-stuffs!

“Secretly” released for sale also at the Nakano Broadway Gallery Exhibit, too many cute things–designs by GraffArt! It’s a “secret” because it’s only been announced via twitter so far and is not on the gallery’s site yet:

Blind-bags for keychains and buttons:

We’ve got a new portable battery for cellphones:

And the button designs:

source for each item’s individual photos

In other news (yes, there’s more news!), for those who pre-ordered the blu-ray box set, here’s your first look at the blanket that is included:

Do you remember the Tenku-no-Touma-themed sake that was inspired by the location in Amanohashidate? That same company is making a sake cup to go along with it!

And as a part of the blu-ray release, the cassette drama collection will be remastered and possibly be included, or at least sold alongside, the box set! The cassette dramas were side stories set during the tv series and are considered part of the show’s canon timeline by Sunrise. The voice actors spoke and interacted with each other as their characters to tell the story. It was like watching a tv episode but with your eyes closed. – source

Additionally, a new, mysterious book has been announced for release on December 18th, 2018, tentatively titled: Memorial Book. Fans in Japan are speculating if this could be a reprint of the original Memorials artbooks, or if it’s something brand new! There’s no cover image yet, so I guess we’ll have to wait and see! – source

Phew! I think that’s everything that’s come out of Japan so far! I wish they’d spread the news out so I could catch my breath!

You read that right! Just announced for preorder only at the pop-up shops in participating Animate stores in Japan: wall scrolls!

The first set features each of the troopers individually; artwork drawn by: 西田亜沙子 (google translates to Ayako Nishida – I’ll try to find a link for them they are an animator with a twitter account). Here’s a preview of each scroll:

These trooper scrolls should be shipped out/possibly available for sale in December 2018, but they are limited to preorders issued at the store from October 27th to November 11th, 2018.

The same artwork is used on the 3rd set’s wall scroll, but it features all of the troopers gathered together. Here’s the preview:

This scroll should be shipped out/possibly available for sale in January 2019, but they are limited to preorders issued at the store from October 27th to November 11th, 2018.

The final, middle set shows two wall scrolls, one featuring the troopers all together, and the other featuring the masho all together. The new art is drawn by: ことぶきつかさ (google translates to “Buddy Tsukasa”, but I think it’s supposed to be Kotobuki Tsukasa – I’ll try to find a link to them they are an animator with a twitter account). The images of the troopers are the same artwork that’s been used on the blu-ray cover, and on the miniature character banners and clear files from the Sunrise Festival.

Here are the previews:

Our first look at how the masho could appear in a modern animation style:

source for all preview/sample images

This set should be shipped out/possibly available for sale in December 2018, but just like the others, they are limited to preorders issued at the store from October 27th to November 11th, 2018. I’m not sure how the preorder and fulfillment will work, but hopefully more details will be released soon.

What do you think of the modern interpretations of the characters? I’d be pretty happy to see a remake in either of these drawing styles! <3